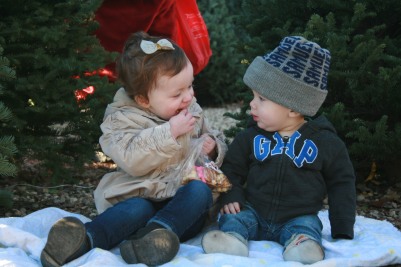 Christmas home videos are a genre unto themselves. When we go visit the Horney house in Washington, one of my favorite ways to pass a few hours of our Christmas vacation is to watch any of the home movies of the 5 Horney kids, meticulously recorded and organized by their diligent and loving father. There is something hilarious and slightly warming about the youth in their voices, the five of them squealing over gifts and stockings and even rejoicing at the presents that the others receive. Seeing Sam as a little boy is like falling in love all over again. It’s like I’m watching my past and my future all wrapped up in one sweet and freckled 8 year old. He was shy, very kind, constantly helping his three little brothers and his big sister, his dark hair always perfectly combed, his voice raspy and quiet. He was so different than me as a child (bursting with noise and talkative energy, of course) and I like to imagine what I was doing at the same time as whatever video we’re watching. Like Christmas in 1989, when 9 year old Sam is in Washington opening up Washington Huskies sweatpants and I am 3 years old in Idaho, opening a baby doll at my Grandma’s house. There we were, and here we are, the same age as our parents in the videos (but weren’t they so much OLDER than us, I thought??) with our own kids on our laps staring at our own tree. 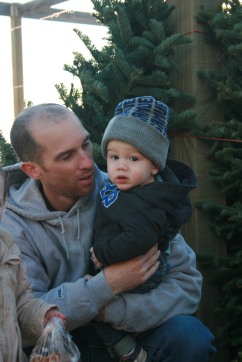 Time-lapse videos are so fun to watch, and I’ve been wanting to make one on my own. So I decided to set up my video camera and record our tree-decorations this year. Sam and I have a long standing argument concerning Christmas trees. He wants fake, I want real, so we normally meet in the middle and don’t get one. We’re the worst. But last year we broke our tree-less truce and bought a real tree from the sad pickings of the mid-December Home Depot parking lot, because, you know, who can stand keeping holiday magic from their happy 15 month old? This year Sam bent his will and again our living room filled up with pine and cheer. And, this year there were TWO happy babies to impress with lights and ornaments!
There is no Scrooge strong enough to fight the joy of a toddler exclaiming in wonder over the same exact tree every single morning.

So, I recorded our whole process, from the tree nursery visit (which required a fast explanation concerning the man wandering around in a red suit, who we don’t “do” but is sort of hard to avoid) to the frustrated unspooling of lights to the angel placed on top. 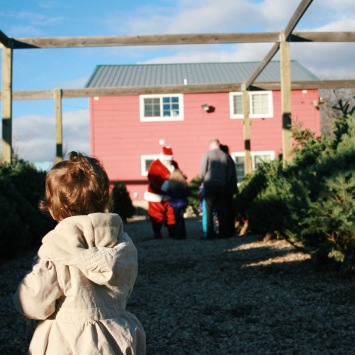 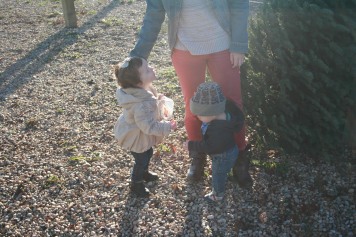 But in a surprising twist, I almost couldn’t stand watching the 45 minutes of family time when I uploaded the movie. Though it had happened mere hours before, I already felt sad while it played across my laptop screen. It was like I could hear my kids in the future, laughing at Sammy eating pine needles, laughing at Clara’s squeaky voice, the two of them teasing their (future) younger siblings with statements like, “This was back when the family was still perfect.” 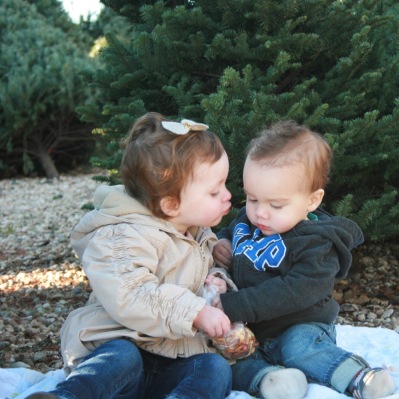 The bizarre instant nostalgia choked me, a warm scarf of future longings around my neck.

My babies were asleep in their beds, the tree had been decorated for barely an hour, and I already missed this time together: Christmas with a two year old Clara and an almost 1-year old Sammy, in our little house on Sanetta street where we’ve lived since we married seven years ago. I’ve watched too many other old home videos to think that I won’t watch these videos of my kids someday and miss this simple season in our family history. 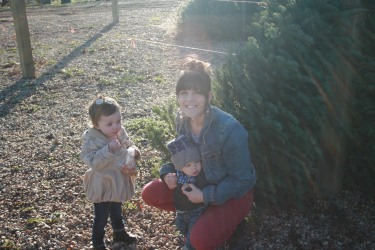 Is this why people hate home videos? Because they make you sad?
Or is it because they are usually boring, too… Yeah, probably both.
So I took precautions to avoid sad OR boring, by turning our Christmas tree decorating into a time-lapse movie that, as it turned out, plays exactly like a classic and terrible 1980’s montage. Using Earth, Wind and Fire as the soundtrack probably didn’t help, but I swear you wouldn’t be surprised by a Tom Selleck cameo in this thing. 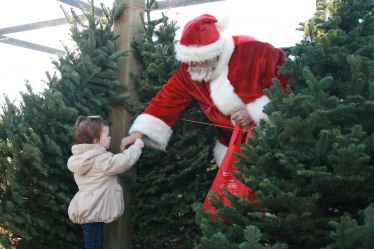 Enjoy watching our baby eat everything he finds, Clara get in a wrestling match with her cozy chair, Sam and I cooing over a baby picture of Smooch, and the general sense of chaos that is holiday decor. Enjoy NOT watching the part where Sam walked by with his bare butt towards the camera while I wasn’t looking. That didn’t make the cut, surprise surprise.

3 thoughts on “a bad video montage and other holiday musings”