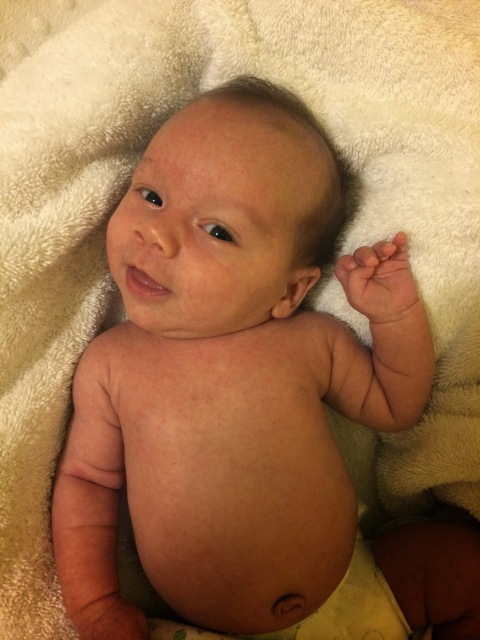 More than a few people tried to talk me out of naming my son after Sam. As my friend Marti put it, “New human, new name.” But I wanted to keep the tradition rolling, especially because I would be raising a FIFTH. How many people do you know walking around as the fifth generation of a namesake? I think that’s awesome. I also love my husband, his father, and the two generations of Samuels before them, because they are all good men who worked for the good of others and love the Lord. What an inheritance in a name, is what I say. I don’t care what other people think.
So.
We named our little boy Samuel Iradell Horney V. BUT NOW I HAVE NO IDEA WHAT TO CALL HIM. The possibilities seem sort of endless:
Samuel
Sam
Sammy
Cinco (for the fifth)
Sammy-pants
Sam-guy (my favorite)
“brudder” (brother- Clara’s favorite)
Sam the man
baby Sam
baby Uncle Sam (as my nieces call him)
etc. etc.

I keep waiting for something to stick, or to make the most sense. Everyone who meets him calls him something different, which is fine for now. I’m just praying he doesn’t end up with some lame nickname like “bubba” but for now everything is sort of in the air. I still stand whole heartedly behind my decision, and absolutely love the deep history embedded not only in my son’s DNA, but also in the 19 letters of his name. Sure, I could’ve picked something else to call him, perused a few baby name books and websites and found something I kind of liked. But instead I gave him the gift of belonging to a wonderful family, in a line of respectable and generous men named Samuel. I love that.

Now we just have to figure out what to call him. Currently accepting non-lame suggestions. 🙂 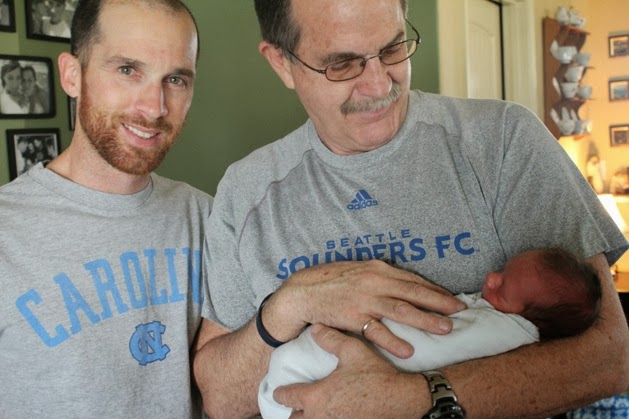 One thought on “i don’t know what to call my son.”